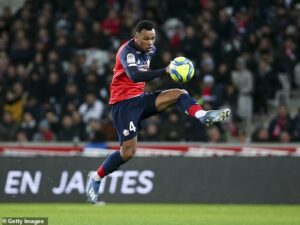 Arsenal are to sign the Lile central defender Gabriel Magalhaes for a fee of 25 million euros (£22.6million). Telegraph Sport understands that a five-year deal was finally agreed with the 22-year-old on Wednesday.

Gabriel had offers from a number of other clubs including Napoli and Everton, but Arsenal appear to have won the race.

Everton are understood to have already dropped their interest, after realising Gabriel was not favouring joining them, and while Napoli are believed to have also agreed a fee for the player he has elected to move to Arsenal where he will be paired with fellow Brazilian David Luiz.

Lille president Gerard Lopez had signalled that the Under-20 international would leave the French club this summer with Arsenal having fought hard for his signature.

Negotiations between Arsenal and Lille were originally conducted by former head of football Raul Sanllehi, who left the club at the weekend. 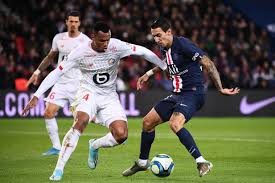 Technical director Edu and head coach Mikel Arteta are now taking the lead in the transfer market and have secured the signing.

The pursuit of Gabriel has taken place despite Arsenal having signed Pablo Mari on a permanent deal and with teenage defender William Saliba returning to the club after a season long loan deal back at St Etienne.

Gabriel was a regular part of the Lille team that finished fourth in Ligue 1 last season. He started all of their matches in the Champions League, including their two fixtures against Chelsea and will join former Lille forward Nicolas Pepe at the Emirates.

The arrival of Gabriel is expected to increase Arsenal’s efforts to move on unwanted defenders such as Sokratis Papastathopoulos who has been strongly linked with Serie A club Roma and Calum Chambers, who may return to newly-promoted Fulham where he was previously on loan. Arsenal currently have seven central defenders and may also look to sell Rob Holding as they seek to balance the books.