Angry Youth Give Back Politician His Bags Of Rice, Demand Jobs Instead 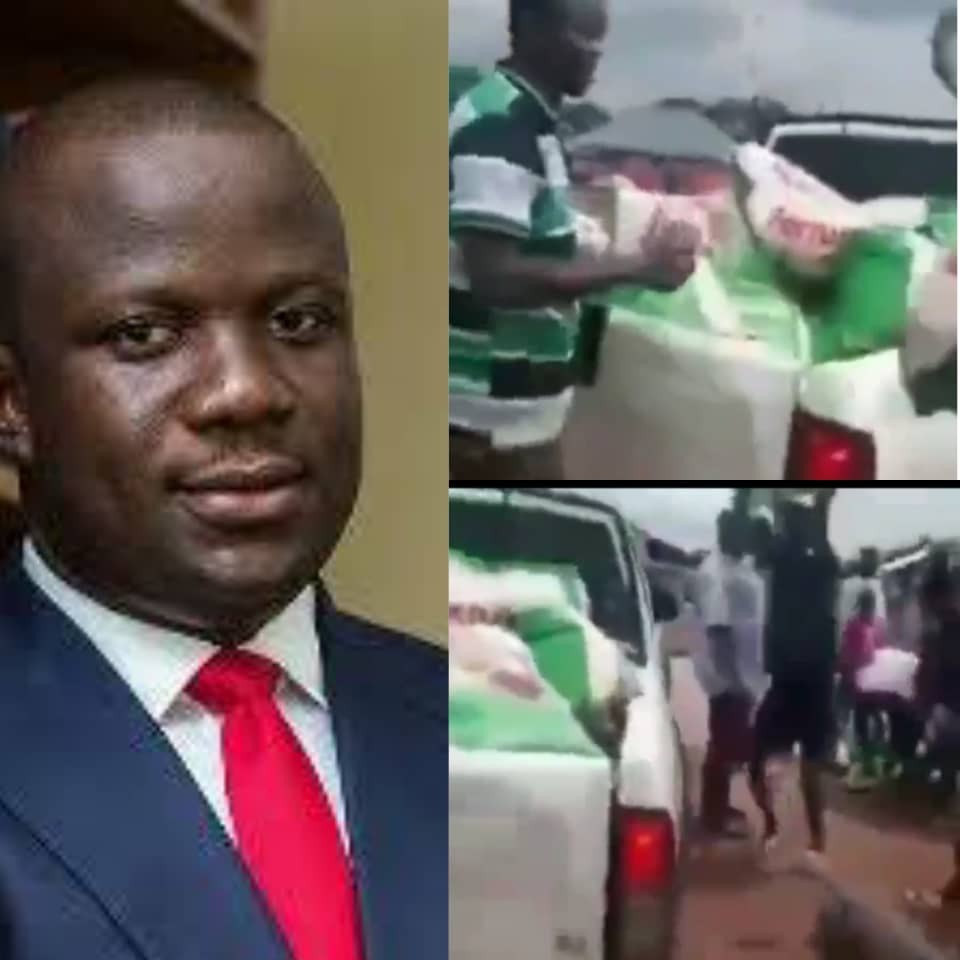 Lawmaker Samuel Abu has a rough time with his angry constituents who returned his bags of rice and asked him to give them jobs instead.

Youths in Ghana took another turn on leaders who persuade them to vote for them in elections by giving them handouts and promising them goodies after securing positions in leadership only for the promises to remain empty.

A video doing rounds in social media shows Ghanaian youths returning sacks of rice that had been given to them by a politician.

The video shows the agitated youths repacking the bags of rice on a pickup that had ferried the rice to the place.

The youths are heard demanding for employment and not rice.

The youths of Busunu, inside the savannah region of Ghana rejected the gift that was given to them by their member of parliament Samuel Abu Jinapor who had promised to give them jobs during his campaigns for the 2020 general elections.

According to the media reports from the country, the locals destroyed most of the rice before delivering it back to the MP.

Jinapor, who is a lawyer by profession, was elected to parliament for the first time during 2020 elections after defeating NDC’s Adam Mutawakilu.

Initially he served as the deputy chief of staff from 2017-2020 during president’s Akufo-Addo first term. Japor currently serves as the minister of lands and natural resources as well.

The video has elicited reactions among Kenyans as the 2022 general elections approaches with some relating the incident to Kenya.

One twitter user tweeted, “A politician in Ghana brought “free” bags of rice! Youths gave him back his rice and said that they wanted jobs not handouts! In Kenya, Deejays & celebs are the ones endorsing Ruto. No wonder they used to fail exams and end up last in school because the space between their ears is empty.”

yet another one tweeted that,

“These angry youths from Ghana turned away a politician giving them rice. They are demanding for jobs. Now imagine boys in Kibra turning Sonko’s rice or some young people in Eldoret turning Deputy President William Ruto for doing this, or even youths in Luhya land! BRAVERY.”