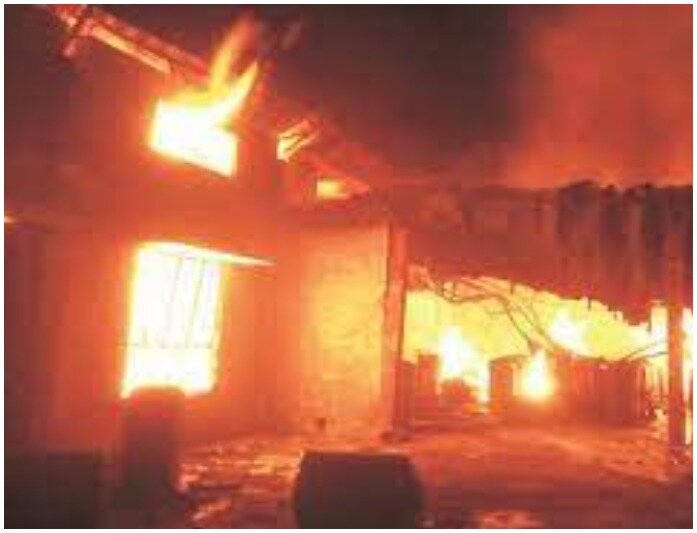 At least 52 patients were burnt to death in a fire at Coronavirus isolation ward of a hospital in Iraq, the second such deadly blaze in a Covid-19 unit in three months.

The fire at the Al-Hussein hospital in the southern town of Nasiriya broke out late on Monday causing deaths of patients and destruction of hospital infrastructure.

The real cause of the fire is not yet known however initial reports say that the fire was caused by an explosion of an oxygen tank.

Iraq’s prime minister Mustafa Al-Kadhemi has demanded the arrest of the chief officer of the hospital following the incident.

There have been confrontations between police and the relatives of the fire victims that led to two police cars being burnt down. Relatives of the deceased have been demonstrating outside the hospital’s building.

According to the health officials, the newly built ward that was completed three months ago had a bed capacity of 70. Speaking to the media, the health officer of the province said that more than 63 people were in the ward when the fire began.

“I heard a big explosion and there was fire that spread so fast,” a security guard said. Rescue operations are still ongoing.

In a tweet the speaker of Iraq’s parliament said that the fire in a clear indication that there is a failure in protecting the lives of the Iraq nationals adding that it was time to stop the pandemic.

In April, a similar incident was witnessed at a hospital in Iraq’s capital city whereby an oxygen tank exploded causing the deaths of not less than 82 people. The minister of health Hassan Al-Tamimi resigned after the fire incident.

Related: Uganda Approves The Use Of Herbal Medicine Covidex To Cure Corona