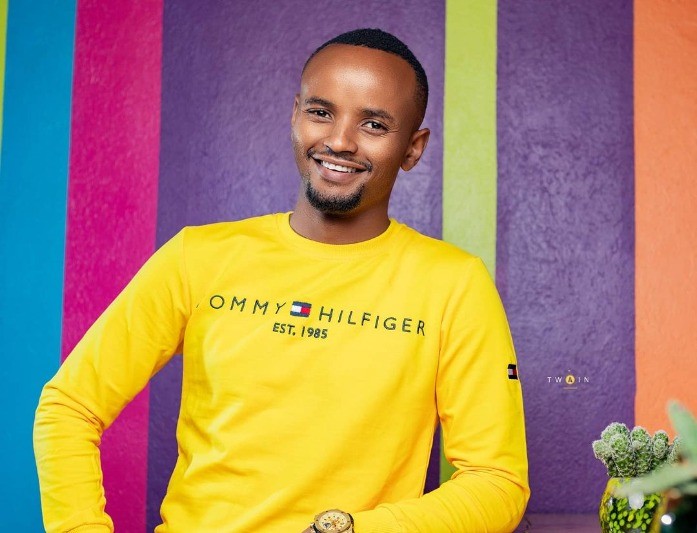 Celebrated YouTube stars Kabi and Milly wa Jesus have always portrayed the perfect Christian family that always does things as per the Holy book. It is time they stop using the name Jesus in vain.
Three months ago, a cousin to Kabi came out with information that Kabi had sired and neglected a child that he had with a cousin. The couple denied the claims, but the cat is out of the bag after the DNA results came out positive, confirming that indeed Kabi is the father to Abby.
Kabi has been in the spotlight the past two days after a DNA test confirmed Kabi wa Jesus is the father to Abby.

Social media has been abuzz with people expressing disappointments and others asking the Kabi to drop the name Jesus as they were not representing it well. Some suggested that he can go for a new name Kabi Wa Abby.
This is why I feel they have been using the name Jesus in Vain.
• Lying to fans.
Kabi and his wife Milly went live on YouTube and denied the allegation that he had sired a child out of wedlock with his cousin and instead claimed that he was the uncle to the baby girl. They even went ahead to accuse the devil of being out to destroy marriages. As a born again Christian, he committed a great sin by not sharing the truth with his fans and the general public. The whole saga would not have exploded if he came out the first time and shared the truth like a grown man.
• Dead beat Dad.
Kabi’s secrets have been exposed all because he had neglected his daughter Abby, even though he is doing so well for himself. He clearly forgot that charity begins at home. Kabi’s cousin revealed that Abby’s mum was struggling with school fees and had been forced to stitch old and torn school uniform just so the baby can attend her classes.
• Incest is a serious offence/sin.
The Bible clearly states that committing incest is wrong. For those who do not understand what incest is, it’s the act of having sexual relations with a blood relative.
Kabi came to his defence and said that it all happened before he got born again and he had not met Milly, but still, it’s wrong on so many levels.
• Hypocrisy.
The ‘Jesus or the Wa Abby, as suggested, have always preached water, but instead, they are drinking wine.
They have always displayed the perfect Christian family with good morals, but the whole baby saga has proved them otherwise.
Most of their followers felt cheated after the DNA results because they had stood and defended the couples through the hot mess.
• Kabi Wa Abby.
Fans have started to unfollow the two unless they change the name to Kabi Wa Abby.
It’s Kabi Wa Abby, or we walk away. Many people now think that Abby deserves more than just been accepted.
The trend will go on until such a time when Milly will be the only fan left on his social media pages.
Their apology was not well received.
They deserve to be unfollowed on all their social media platforms.
Who is next to unfollow Aaby Wa Abby.