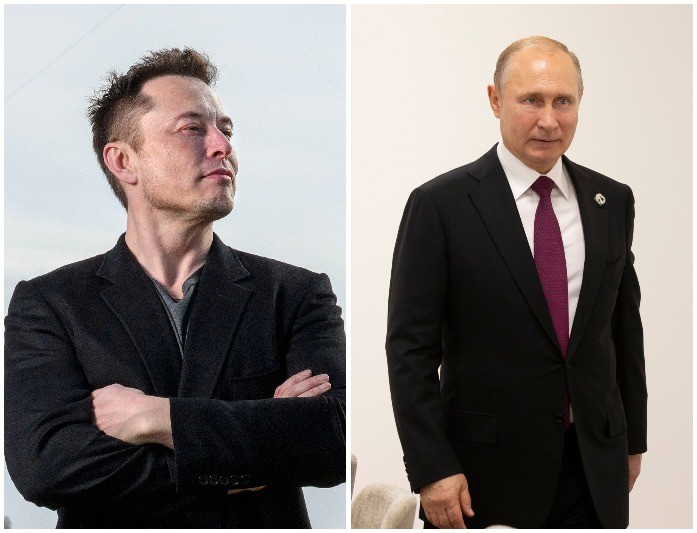 Elon Musk has expressed interest to have a conversation with Russian President Vladimir Putin on his new favorite social media app.

The world’s richest man tagged Kremlin (official presidential residence) Twitter account to ask if the Russian president would like to join him in a conversation on Clubhouse.

“Would you like join me for a conversation on Clubhouse?,” Elon Musk said in a tweet on Saturday.

He then followed up with a tweet in Russian, which translates to: “It would be a great honor to talk to you.”

.@KremlinRussia_E would you like join me for a conversation on Clubhouse?

The Kremlin further called Musk’s invitation “interesting” but added that it would need to know more details prior to the conversation with Putin.

“In general, this is certainly a very interesting proposal, but we need to somehow understand what is meant, what is proposed exactly, so first we will somehow check all this, and then we will react. First, we want to get an understanding. You know that Putin does not use social networks, he personally does not manage them,” Putin spokesperson Dmitry Peskov told journalists during a call on Monday.

Putin isn’t the only public figure Musk has tapped for a chat. Musk recently tweeted that he and billionaire rapper Kanye West are set to make an appearance on Clubhouse.

Clubhouse is an invite audio-only social media app that is quickly taking over the world. The app has been around since March 2020, when it was launched by Silicon Valley entrepreneurs Paul Davidson and Rohan Seth.

In a recent blog post, the creators have announced that their 2021 goal is to complete the app’s beta stage, so they can eventually open up Clubhouse to the whole world.

Clubhouse can’t just be downloaded off the app store and create an account. Much like a real-life members-only club, you have to be invited to join Clubhouse by an existing member. Real world elitism, but make it virtual.

When you finally join Clubhouse, you select topics of interest eg tech, books, business or health. The more information you give the app about your interests, the more conversation rooms and individuals the app will recommend you follow or join.

To join, an existing Clubhouse user has to send an invite from their app giving you access to set up an account. If you are invited, you will see a link texted to your phone number, directing you to a sign-up page in the app.

Clubhouse users can’t just send an invite to anyone who wants to join, however. Existing users only have two invites available at first.