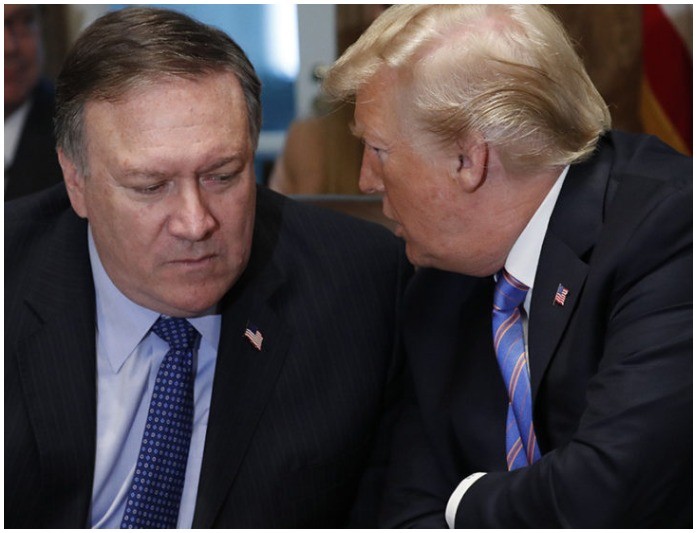 US Secretary of State Mike Pompeo was forced to cancel his Europe trip at the last minute after EU officials refused to meet him.

The top US diplomat sought to meet Luxembourg’s foreign minister Jean Asselborn and before meeting EU leaders and the bloc’s top diplomat in Brussels.

All the entities that the US State department contacted to schedule a meeting with Pompeo declined to meet him.

Pompeo had originally planned to go to Luxembourg, but that leg of the trip was scrapped after officials there showed reluctance to grant him appointments.

Luxembourg’s foreign ministry confirmed the previously planned stop there was now cancelled, but declined to give further details.

Luxembourg’s foreign minister Jean Asselborn had on January 7th called Trump a “criminal” and a political pyromaniac on RTL Radio after the US president incited his supporters to storm Congress in a bid to stop certification of electoral college votes that confirmed Joe Biden’s win.

The US Secretary of State was also snubbed in his attempt to meet top EU officials in Brussels, Belgium. The EU declined to comment.

Brussels is home to NATO and EU headquarters. Pompeo was due to have a private dinner with NATO Secretary-General Jens Stoltenberg on Wednesday evening at Stoltenberg’s private residence, before meeting Belgian Foreign Minister Sophie Wilmes.

The cold shoulder was a contrast with Pompeo’s previous visits to Brussels over the past years, where he has given key-note speeches on US policy and met the EU’s top officials.