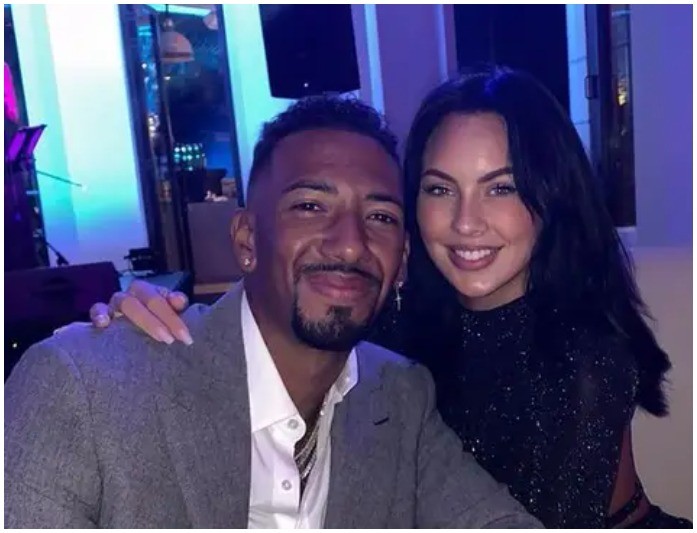 Bayern Munich and Germany defender Jerome Boateng has lost his ex girlfriend Kasia Lenhardt to suicide a week after their breakup.

Boateng’s model girlfriend killed herself on her son’s sixth birthday just a week after her relationship with the German footballer hit rock bottom.

The 25-year-old Polish-born model was found dead at a luxury apartment thought to belong to Boateng in Berlin’s upmarket Charlottenborg area on Tuesday night.

Police who found Lenhardt’s lifeless body have ruled out any foul play, the death is not being treated as suspicious.

Lenhardt took her own life on her son Noah’s 6th birthday. The 6-year-old is Lenhardt’s only child, born when she was aged 19 and in a previous relationship with a man whose name has not been made public.

The Polish model was home alone when she died, a close friend disclosed during an interview with the media.

“Yesterday was her son Noah’s birthday. Kasia was at home on her own. A member of her family called the police because they could not get hold of her and they were worried,” Lenhardt friend told Daily Mail.

The friend also said Lenhardt had been ‘very upset’ after Boateng accused her of blackmailing him into a relationship and having a ‘massive’ problem with alcohol during an interview with German media.

“She died a week after Jerome gave an interview in which he said their relationship was over. He said some really nasty things about Kasia. She was very upset by it.”

“I hope the truth comes out. I know how much you wished it would,” Sara Kulka wrote.

Boateng left Bayern Munich’s camp at the Club World Cup in Qatar after the death of his ex-girlfriend – head coach Hansi Flick has confirmed.

On Wednesday, Flick confirmed Boateng would be leaving Bayern’s camp, saying: “Jerome came to my room and asked if he could go home. He will not be available to us until further notice.”

As Hansi Flick confirms, Jérôme Boateng will return to Munich before the final for personal reasons.